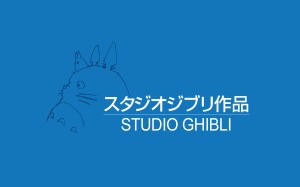 This time I’ve actually chosen a film not directed by Miyazaki ( though he did write the script 🙂 ) but instead by Yoshifumi Kondo. Whisper of the Heart is another Ghibli adaptation, this time of a manga written by Aoi Hiiragi. While Whisper of the Heart has less action than early Ghibli works, it is full of conflict – and not simply the cliched teen angst to be found in many works aimed (unfairly?) at younger audiences.

Instead it focuses on the conflict of the writer, or perhaps, the conflict of the creative person – whether it is main character Shizuku who desperately wants to be a writer, or Seiji, her love interest, who is striving to become a violin-maker. Much of the film focuses on the struggle these characters go through, trying to please themselves, take their dreams seriously, to work for them, to accommodate their families’ wishes and deal with their feelings for each other.

Woven within the film’s central narrative are smaller stories, the mystery of the cat Muta, the story behind the fantastic statue ‘The Baron’ and his lost love Louise, and the story young Shizuku is writing (starring the Baron) and her struggle to produce a complete draft that she is happy with. Any writer or creative person should be able to relate to her frustration and excitement. On one hand, she can’t wait for someone to read it, on the other she is convinced she’s not good enough yet. I definitely relate, and it’s part of why the movie appeals to me so much.

Here Shizuku visits Mr Nishi’s antique store, where she later shares her first draft in what is perhaps the film’s pivotal scene.

Whisper of the Heart also features a classic country song written by John Denver as something more than simply soundtrack – throughout in the film ‘Take me Home, Country Roads’ is rewritten and performed by Shizuku, and also by Shizuku and Seiji in addition to appearing over the opening sequence. Here’s John’s version, the earnest Olivia and the English dub of Shizuku and Seiji on vocals and violin:

Stay tuned for the fith in the list (and then two extras for fun)!