Wish I knew Dr. Who Better…

I used to watch a lot of Dr. Who as a kid. I remember being very freaked out by a few episodes in the Tom Baker years – the best years in my mind – but I’ve since lost track of the many seasons that followed. 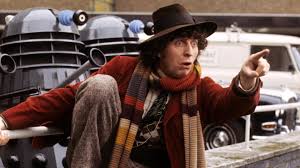 I remember enjoying the storytelling of the old episodes, but I still haven’t had a chance to re-watch them to see what it’s like now – but I’m curious to see some new ones after reading this post from RM Haskell, as to how far it’s slipped. But ultimately, what’s most interesting to me is her points on storytelling – which I think are true for fiction whether it’s on TV or the page.

So, any Dr. Who fans out there?