Here’s something interesting – a potential way to cut down the response time with a publisher. Allen & Unwin have been running what they call ‘The Friday Pitch‘ for a while now.

In short, it asks a writer to e-mail an Info Sheet about and Chapter One of their novel/book (not poetry though) on a Friday, and promises a two week turnaround.

Sounds pretty good – two week response from a publishing house? Crazy. Of course, if they like your work you’ll hear back with a request for more chapters within those two weeks, but if they don’t like it – you will hear nothing.

BUT what I like about that is, rather than hearing nothing for 3-6 months and then getting a rejection, instead, you have almost instant feedback. Maybe you’ve been knocked back, but at least you only had to wait for two weeks to hear it. Then you’re free to move on, instead of having your MS tied up with one publisher (who was going to reject it anyway) while the deadlines/submission windows of other publishers slide by.

I haven’t actually got anything to test their two week promise, but I wish I did now. 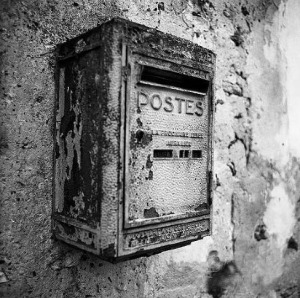 The new national poetry organisation, Australian Poetry, is accepting submissions now – looks like the competition might be tough, but worth a look, here are the guidelines.

A few opps coming up, or open now:

Going Down Swinging is open again, a pretty damn fine magazine. This issue they’re also looking for multimedia subs, so its a real chance to think outside the page. Closing Feb 28th.

Blemish Books opens its second Triptych Poets submission round, this is a pretty cool idea, like bands who used to do split LPs, here you submit a small collection (15-25 poems)  and if successful, are published alongside 2 other poets. Closes March 31st.

The Lifted Brow has recently switched formats and will now be released bimonthly in a newspaper form, and is always looking for work.

dotdotdash is also looking for submissions at the moment – issue 7’s theme will be ‘Sacred’ but the magazine takes themed and unthemed subs. Closing Feb 28th.

The zombie-themed renku has just hit halfway (18 verses to go) and we’ve got room for fresh blood!

So if you’re interested in learning about the amazing renku process of collaborative linked verse, then stumble over and join in! You don’t need to know a lot about renku, and so long as you’re aware of the basics of haiku, you’ll pick this up – it’s all about link and shift!

Here’s the intro/guide to the feature

And here’s the renku as it progresses

It’s on again! Thanks to Harriet for alerting me to this, as last time I never actually got the chance to enter, but I’m keen to see how volume 1 turns out.

In the meantime, here’s some info on the call for subs the second Gilgamesh Connections Fable Competition

So get fable-ing folks – it closes early May!